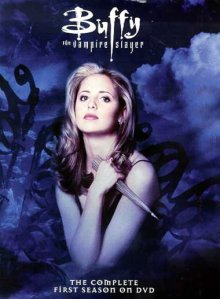 Recently, Chase and his wife Jenny made a terrifying discovery: Blake never watched Buffy the Vampire Slayer. So, with the help of Blake‘s girlfriend Erin, the Buffy fans sit him down for a marathon of the best episodes. The gang also talks about the new Buffy Season Eight series, the Angel and Spike comics, and the future of the Buffyverse as a whole! Join the guys and their girls for one of the most fun episodes they’ve ever recorded! In the picks this week, Chase cheers for The Ressurection of Ra’s Al Ghul and Blake gives a thumbs-up to the return of Hero By Night.