After stealing the show in last year’s Captain America: Civil War, Tom Holland returns for his first solo outing as Marvel Comics’s signature webslinger in Spider-Man: Homecoming. How does he stack up to the two previous cinematic Spiders? How does he fit into the MCU? And is it wrong to find Aunt May kinda hot?

And what’s cool this week? Kenny wants everyone to hunt down some cool stuff on Patreon, Jason is already missing the wrapped-for-the-season Silicon Valley, and Blake recommends the first issue of IDW’s Clue!

At the Movies Episode 56: Spider-Man Homecoming 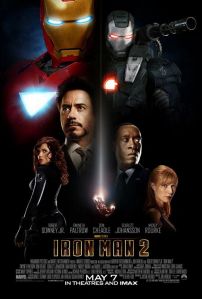 The boys didn’t have time to record a regular episode this week, friends, but you’re not going Showcase-less! Blake, Mike, and Daniel took in Iron Man 2 last night, and today we offer up our on-the-spot thoughts. How was the movie? How was the recast War Machine? How were the new characters? And does it hold up to the original? The guys also discuss the new direction for Tony Stark in the recent Invincible Iron Man #25, and Blake works in a pick of the week, Vertigo‘s I, Zombie #1. PLUS: Blake also gives you a bonus sneak preview of a new project that he’s going to launch this summer, courtesy of the Evercast.

In just a few weeks, fanboys will be swarming the movie theatres to see the second adventure of Robert Downey, Jr. as the armored Avenger. Before Iron Man 2 hits, though, the guys sit down and re-watch the first Iron Man film. Listen in as Blake and Kenny discuss the first movie, talk about their hopes for the sequel, chat a bit about the character’s history and current state in the comics, and even discuss the movie tie-in toys from Hasbro! In the picks, Kenny goes with perennial favorite Power Girl #1, and Blake cheats a little, doubling up with The Muppet Show #4 and Thor and the Warriors Four #1. 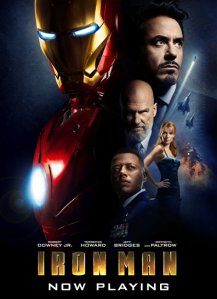 The Showcase crew caught a sneak preview of the new Iron Man movie courtesy of their good friends at BSI Comics! How do Chase  and Blake think it stacks up next to the other Marvel Movies? Find out now!